Top 4 Signs of Alcoholism in a Firefighter 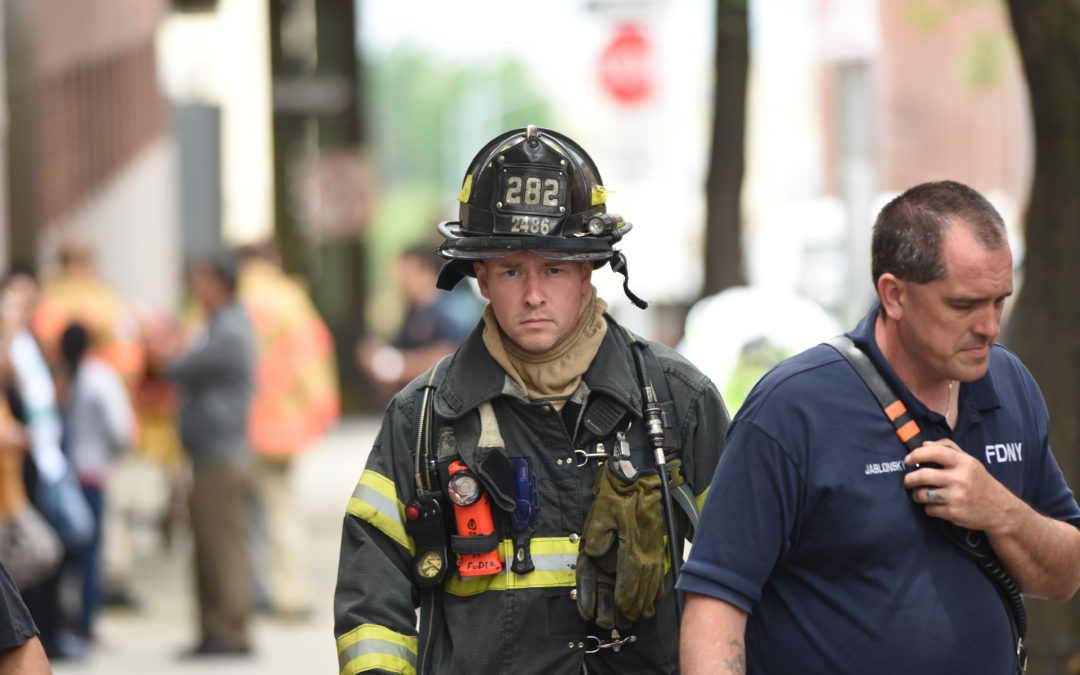 Drinking alcohol is considered pretty normal activity for just about anyone, no matter what kind of work you do. Half the general male population is thought to have a drink on a monthly basis. However, when looking at alcohol use for firefighters, about 10% to 20% more males firefights drink on a monthly basis than compared to the rest of the population. Alcohol is the most common type of substance abuse among firefighters. Twice as many firefighters are believed to participate in binge drinking. Issues arise when a drink turns into a way to cope with the stressors and trauma of the job.

Why Firefighters Turn to Alcohol

There are a number of reasons why firefighters turn to alcohol and many firefighters struggle with poor physical and mental health, depression, and sleep deprivation.

Irregular Work Schedule: A firefighter will usually work 24-hour shifts for 10 days every month. This irregular work schedule means they are left with a lot of free time. Career firefighters think that the way their shifts are set up can contribute to heavy alcohol consumption since many are drinking on their off-duty days. Drinking can become a filler activity and it’s easy to do when you don’t have to go into work the next day. Sleep patterns are also off so firefighters may even rely on alcohol to get into a normal sleep pattern on the off days.

Socialization: People in every profession use alcohol as a way to socialize and it is no different from firefighters. Firefighting encourages an atmosphere of camaraderie and drinking can be a way to bond with your fellow firefighters after a long day at work. The career is also typically male-oriented, which is an environment that blends seamlessly with drinking.

Stress: Firefighting can be one of the most stressful jobs and because of the nature of the work, many firefights are coping with posttraumatic stress disorder and anxiety. PTSD and depression rates among firefights are higher than those in the general population. Firefighters need to be ready for anything and they could be asleep in the middle of the night and have to wake up to tend to someone in cardiac arrest or fight a building fire. Many use alcohol as a way to cope with this. The ease of alcohol can make it a great way to self medicate and alcohol is a quick fix instead of working through problems with other methods.

Those who are addicted to alcohol, including firefighters, start to display some warning signs. An alcoholic may claim that he or she has the habit under control and can quit at any time.

1. Cravings: Someone who is suffering from alcoholism is going to crave alcohol. Whether it’s in the form of wine, beer, or hard liquor, an alcoholic experiences a strong desire. There is a compulsion or need to drink and sometimes the person will be thinking about his or her next drink when not drinking.

2. Loss of Control: An alcoholic will have a hard time stopping. They will continue to drink, regardless of health or state of mind. An alcoholic can’t have just one drink and one drink turns into many drinks. Psychological effects are recognizable after someone is drinking. Individuals can repeat themselves or not show good judgment.

3. Physical Dependence: If an alcoholic does try to quit then he or she will suffer from withdrawal symptoms, including sweating, shaking, and nausea. There will also be varying degrees of anxiety. Depending on the nature of addiction, physical dependence may even lead to complications that can be life-threatening, such as hallucinations or convulsions. Over time, people can also develop sleep troubles and mental health disorders, such as anxiety and depression.

4. Tolerance: Once a firefighter begins to drink more regularly, he builds up a tolerance. This means he needs more alcohol in order to get the same high. Alcoholism gradually becomes worse over time and there are different levels. Someone doesn’t just need to be drunk every day in order to be considered an alcoholic. When asking if a loved one has a problem with alcohol, that could be a pretty good sign that there is actually a problem.

Firefighting is different from other occupations. The high demands of the job and hectic lifestyle require a specialized team in order to give the right treatment. Firefighters should not be afraid to reach out to a supervisor and peers for help. Firefighters are known to be heroic and noble but that doesn’t mean they are immune to PTSD and trauma. If they don’t get addiction treatment, they can worsen their health substantially and lose their jobs. Effective rehab from alcohol abuse usually begins with physical detox and then the individual can move forward with alcoholism treatment.